Home » Our School » Past Students

Denis Genreau graduated from TPS in 2011 and continued his education at University High School and then Scotch College. Denis played 26 games with Melbourne City Youth before making his debut with Melbourne City in 2016. Denis is now part of the Australian Soccer Team representing Australia at the Tokyo 2021 Olympics. 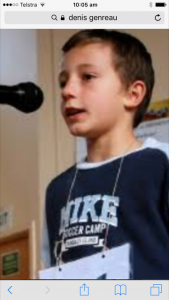 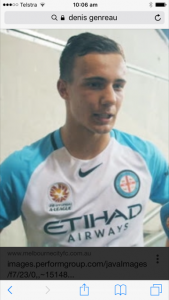 Rose Xu graduated from TPS in 2014 with the Higgins Award. After several years at The Australian Ballet School, Rose was given scholarship offers at the two most prestigious ballet schools in China, The Beijing Dance Academy and The Shanghai Theatre Academy. Rose chose to accept a place in Shanghai and is now one of three international students at the academy. Rose plans to one day return and dance for The Australian Ballet. 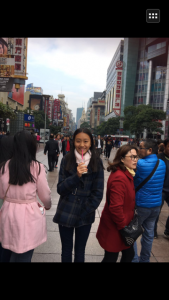 Alexandra Travers graduated from TPS in 2015. In 2014/2015 Alexandra was in the professional production of Les Miserables in Melbourne and Perth playing the role of Little Cosette. She also played the role of Ariel in the TPS musical production of The Little Mermaid, and was the recipient of the Higgins Medal in 2015.  Coming up in May she will be in the cast for the production of ‘King Roger’ at the Arts Centre Melbourne.  This is a co-production between the prestigious Opera Australia and the Royal Opera House UK.  Alexandra continues training in voice, dance and drama to realise her goal of being a professional entertainer once she completes Secondary school.

George Missailidis graduated from Toorak Primary School in 2015. George is a passionate musical theatre performer who made his professional debut at age 10 playing the role of “Crown Prince Chululongkorn” in Opera Australia’s ‘The King and I’ in 2014. He reprised his role in Babirra’s production of ‘The King and I’ in 2015 and was nominated for both Guild and Lyrebird awards. He was recently cast as “Tommy” in Sir Mathew Bourne’s exclusive Australian premiere of ‘Lord of the Flies’ and is now cast as “Nick” in CBC’s / PCW’s musical ‘Godspell.’ A budding triple threat George has been training in the performing arts for the past 8 years. His other musical theatre credits include ‘Hairspray Jr’ (2015) ‘High School Musical 2 Jr’ (2014) and ‘The Little Mermaid Jr’ (2015). George has appeared in various short films, TVC’s and House Husbands. His other passions include chess, science, math and hopes to become an astrophysicist. 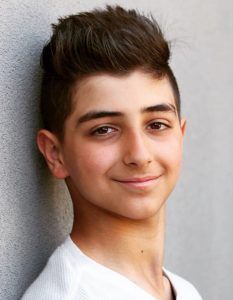 Alexander Missailidis graduated from Toorak Primary School in 2016. Alexander was recently cast as a bully in his first feature film ‘Rock Sugar’. He was also cast as ‘Edgar’ in the Young Ensemble in Sir Mathew Bourne’s New Adventures and Re: Bourne ‘Lord of the Flies’ in 2017.

Alexander’s musical theatre debut was in Opera Australia’s ‘The King and I’ (2014) in the children’s ensemble starring alongside Lisa McCune & Lou Diamond Phillips. His other musical theatre credits include Babirra’s ‘The King and I’ (Guild Nomination) and ‘Chitty Chitty Bang Bang’, ‘High School Musical Junior’, ‘The Little Mermaid Junior’, ‘Hairspray Junior’ and ‘Peter Pan Junior’ with Toorak Primary school in 2017. He has been cast in several short films and appeared as a regular background artist for ‘House Husbands’ in the first three seasons.

Alexander has been training in singing, dancing and acting for the past eight years. He is currently dancing in the Performing Arts Junior Elite Squad at Patrick Studios Australia training in Hip Hop, Tap, Jazz, Ballet, Musical Theatre, Acrobatics, Vocal, Contemporary and Lyrical.

He has also been awarded a scholarship to attend the prestigious PSA Academy: High School of Performing Arts in 2019 where he will be undertaking extensive training in singing, dancing and acting.

He hopes to become an established triple threat in the near future! 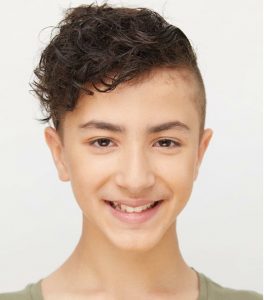